{In the beginning God... Genesis 1:1 NLT}{The serpent was the shrewdest of all the wild animals the Lord God had made. One day he asked the woman, “Did God really say you must not eat the fruit from any of the trees in the garden?”

“You won’t die!” the serpent replied to the woman. “God knows that your eyes will be opened as soon as you eat it, and you will be like God, knowing both good and evil.”

The woman was convinced. She saw that the tree was beautiful and its fruit looked delicious, and she wanted the wisdom it would give her. So she took some of the fruit and ate it. Then she gave some to her husband, who was with her, and he ate it, too. At that moment their eyes were opened, and they suddenly felt shame at their nakedness. So they sewed fig leaves together to cover themselves. Genesis 3:1-7 NLT}{Stay alert! Watch out for your great enemy, the devil. He prowls around like a roaring lion, looking for someone to devour. 1 Peter 5:8 NLT}{So the Lord God banished them from the Garden of Eden, and he sent Adam out to cultivate the ground from which he had been made. After sending them out, the Lord God stationed mighty cherubim to the east of the Garden of Eden. And he placed a flaming sword that flashed back and forth to guard the way to the tree of life. Genesis 3:23-24 NLT}{for there is no one who does not sin... 1 Kings 8:46 ESV}{All have turned away; all have become corrupt. No one does good, not a single one! Psalm 14:6 NLT}{For everyone has sinned; we all fall short of God’s glorious standard. Romans 3:23 NLT}{Nevertheless, that time of darkness and despair will not go on forever. The land of Zebulun and Naphtali will be humbled, but there will be a time in the future when Galilee of the Gentiles, which lies along the road that runs between the Jordan and the sea, will be filled with glory. The people who walk in darkness will see a great light. For those who live in a land of deep darkness, a light will shine. Isaiah 9:1-2 NLT}{For a child is born to us, a son is given to us. The government will rest on his shoulders. And he will be called: Wonderful Counselor, Mighty God, Everlasting Father, Prince of Peace. His government and its peace will never end. He will rule with fairness and justice from the throne of his ancestor David for all eternity. The passionate commitment of the Lord of Heaven’s Armies will make this happen! Isaiah 9:6-7 NLT}{In the beginning the Word already existed. The Word was with God, and the Word was God. He existed in the beginning with God. God created everything through him, and nothing was created except through him. The Word gave life to everything that was created, and his life brought light to everyone. The light shines in the darkness, and the darkness can never extinguish it. John 1:1-5 NLT}{He came into the very world he created, but the world didn’t recognize him. He came to his own people, and even they rejected him. But to all who believed him and accepted him, he gave the right to become children of God. They are reborn—not with a physical birth resulting from human passion or plan, but a birth that comes from God.

So the Word became human and made his home among us. He was full of unfailing love and faithfulness. And we have seen his glory, the glory of the Father’s one and only Son. John 1:10-14 NLT}{See what great love the Father has lavished on us, that we should be called children of God! And that is what we are! 1 John 3:1 NIV}

John Eldredge : Christianity, in its true form, tells us that there is an Author and the He is good and beautiful and true, for He is the source of all these things. It tells us that He has set our hearts’ longings within us. It warns us that the truth is always in danger of being twisted and corrupted and stolen from us because there is a Villain in the Story who hates our hearts and wants to destroy us. It calls us up into a Story that is truer and deeper than any other, and assures us that there we will find the meaning of our lives. (EPIC); Stephen J. Nichols : God is not far off. He is not distant and uninterested. God longs to be with us, with His treasured creation. (Welcome to the Story); Justin Buzzard : Every person on the planet believes some sort of story to help them make sense of life, the world, and how it all works. Whatever story we believe, though, needs to account for all the pain in this world. There is pain inside of us and all around us. It’s everywhere. And we need to be able to make sense of it. (The Big Story); Justin Buzzard : All the brokenness in the world, in your life, in your city, can be traced back to that simple bite. One taste of the forbidden fruit, and the world changed. Everything broke. (The Big Story); C.S. Lewis : What Satan put into the heads of our remote ancestors was the idea that they could 'be like gods'—could set up on their own as if they had created themselves... invent some sort of happiness for themselves outside God, apart from God. And out of that hopeless attempt has come nearly all that we call human history—money, poverty, ambition, war, prostitution, classes, empires, slavery—the long terrible story of man trying to find something other than God which will make him happy. (Mere Christianity); Mike Cosper : The fall was a choice for less, not more. (The Stories We Tell); J.I. Packer : We have a proud, unbelieving, thoughtless, careless, greedy, self-serving spirit. We live to please ourselves, and in our hearts we keep God at bay. Our ego-centric anti-God attitude seeks to play God, use God, fool God, and fight God all at the same time. (Knowing God); Stephen J. Nichols : Coming to grips with the fall is a crucial element to grasping the Story. It is the fall that sets the stage for redemption. As real as sin and the fall is, redemption and forgiveness is, too. And because redemption and forgiveness is real we can have hope; we can have peace. (Welcome to the Story); John Eldredge : God Himself – the King of all creation – takes on human flesh and enters our story as one of us. He sets aside His glory, clothes Himself with humility, and sneaks into the enemy camp, under cover of night, to whisper words of love to His own: ‘I have come for you.’ (EPIC); Thomas Merton : Quit keeping score altogether and surrender yourself with all your sinfulness to God who sees neither the score nor the scorekeeper but only His child redeemed by Christ. (Place of Nowhere); 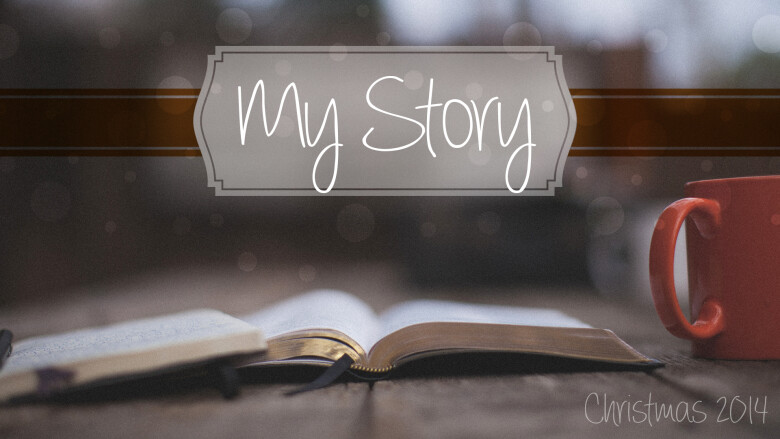 The story of God is a story that will challenge, encourage, inspire and compel you to live your story in light of His story.

Other sermons in the series

NotesVerses{In the beginning God created the heavens and the earth... 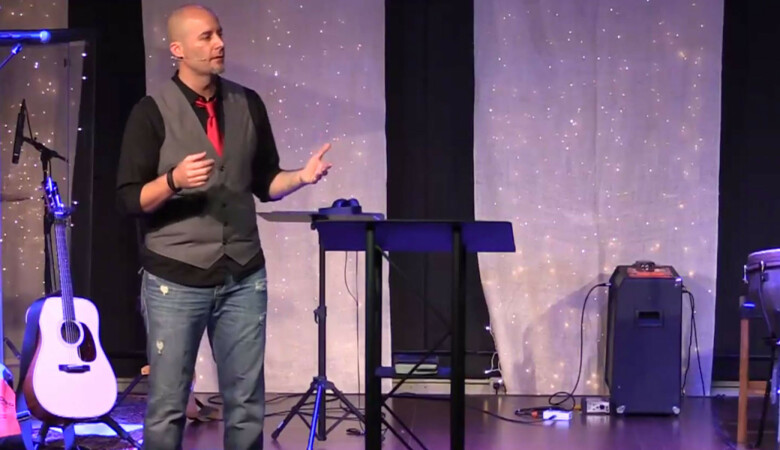 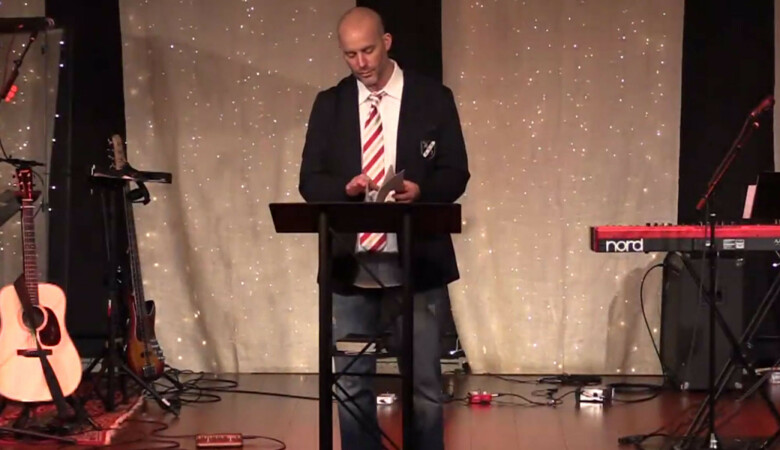 I Will Use You

NotesVerses{The Lord will work out his plans for my life &ndash; for... 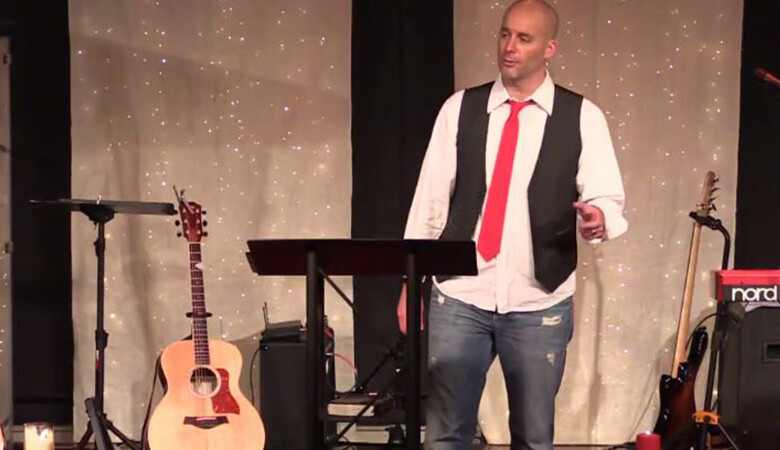 NotesVerses{&ldquo;I bring you good news that will bring great joy to...