I was in 7th grade civics class and the day we all had circled on our calendars finally arrived. The air was so thick you could have stuck it with one of the cafeteria sporks. The grades before us had spoken of this day with folkloric respect. It was “Debate Day.”

We had just completed our unit studying Congress, and Debate Day was the classroom session when we were able to put it into practice all we had learned about resolution and compromise. My teacher split the class into two separate teams and we had to debate whether or not the city should cut down a local forest to build a new park.

The proceedings began. Minus a small scandal where it was revealed that a student had attempted to sell seats at the ‘cool table’ in the lunchroom in exchange for votes, things seemed to be running smoothly and judicially. But, considering the context of a room full of hormonal 7th graders, that did not last long. It quickly turned personal.

“You tree-huggers,” someone sarcastically remarked.

“Backwoods lumberjacks,” someone else retorted.

Within seconds, we descended into the jungles of ad hominem. Our faces were red, palms sweaty. Friendships hung on by a single thread. Pretty soon we weren’t even debating anymore, we were just insulting each other.

And then, in a moment, it was over. Our teacher’s crescendo broke through the chaos. “As you get older you have to learn how to have a discussion without making enemies, otherwise nothing will get done.” Class was dismissed. Fortunately, we had short memories. We all went to lunch, laughed with each other again, and I enjoyed my newly purchased seat at the cool table.

You would think that 15 years later we would have heeded our lesson and matured past the antics of Debate Day. You would think that we would have learned how to discuss competing ideas and, at the very least, be amicable if an agreement was not reached. But one look at Facebook and Twitter suggests that we have become increasingly more and more adolescent in our ability to discuss opposing ideas. One honest glimpse and you don’t see rational adults. You see tribal toddlers.

In the book of Philippians, Paul exhorts and encourages the church to live lives worthy of the gospel (1:27). In chapter 4, he addresses an ongoing conflict and right in the middle of one of the most popular paragraphs of Scripture, Paul writes, “Let your gentleness be evident to all. The Lord is near (v.5).”

In the midst of dysfunction, we are called to be gentle.

Think for one second about all the things this excludes us from being: hostile, quarrelsome, antagonistic, mean-spirited, aggressive, apathetic, hateful, callous, rash, etc.

Being gentle means that we are to be kind, patient, merciful, compassionate, understanding, peaceable, and calm.

Notice the effect of gentleness in Paul’s mind— witness. “Let your gentleness be evident to all.” Think of ‘all’ the people who know us, read our social media timelines, and watch our interactions with others. Would ‘gentle’ be one of the first words they use to describe you and me? Is there a holy humility and meekness about us?

If the answer is ‘no’ then we have to ask the question, “Why not?”

Maybe the reason is that the ideas and events that we debate are too serious and too dire to take a gentle approach. Maybe it is because our debates feel like combat and we cannot risk giving up the battle line. Maybe if we are gentle then we’ll be steamrolled, and that’s just not an option.

I am sure there are a dozen more potential reasons to disregard gentleness, but I am pretty confident all of them fall short of a Biblical ethos.

If you're struggling with gentleness and you need a reason to change your approach, look no further than the reason Paul gives directly following his first statement: “The Lord is near.”

“The Lord is near” is a common motif throughout the New Testament. Jesus talks about it, Peter writes about it, and Paul brings it up in multiple letters. What does it mean and how can it encourage us to embody gentleness?

In the context of debating, fighting, and arguing, the imminent return of Jesus will bring complete justice, vindication, and restoration of all things. That is, His judgement will be swift, total, and wholly righteous. This means we can all take a deep breath. We do not have to be bullies or jerks or arrogant know-it-alls. Why? Because any wrong you are fired up about will be righted soon. Why? Because the Lord is near, and I promise you, the Lord is far more offended at sin than you are.

This does not mean we do not care deeply now. It does not mean we sit passively on the sidelines when action can be taken. It does not mean we shouldn’t give our lives to the Gospel and its implications now. But it does mean that we can be gentle in all that we do. This frees us from being spun so tightly that we become agents of division instead of ambassadors of a gentle King.

I do not foresee tranquil waters in the near future. As our country continues to divide, the debates will get louder and angrier, and none of the sides seem interested in any form of cordial discourse. As Christians, we will be witnesses whether we want to be or not. Therefore, the only question we need to answer is, “What kind of witnesses will we be?” 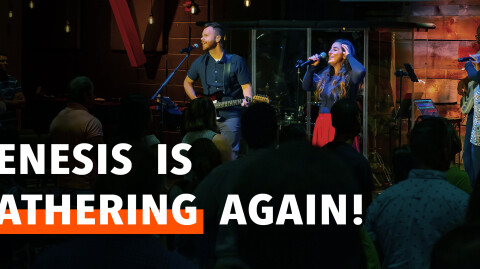