Honest question: do you love to read the Bible? Do you wake up in the morning with an uncontrollable eagerness to open up the Scriptures as if the most important thing to schedule in your day is time in the Word? Do you have a burning desire to spend as much time as you can in the Bible?

I wish I could answer those questions with an unqualified “yes.” I can’t.

Of course, some Christians rarely read the Bible, if at all. Their spiritual itch is scratched by the Bible app’s Verse of the Day and they’re content to leave God’s Word for the pastors and seminarians. After all, there’s no sense in trying to read a book that’s hard to understand.

I think both groups of people are missing it. I think I’m missing it. Our almost universal lack of desire testifies to the reality that we don’t fully grasp the grace-filled privilege it is to have a Bible.

I recently finished a biography about William Tyndale, a key player in the Protestant Reformation during the 16th century. Most people are familiar with reformers like Martin Luther or John Calvin (and for good reason), but I would make the argument that Tyndale has more influence on your day to day faith.

He’s the man responsible for giving us an English translation of the Bible. In England, prior to him, the Bible was strictly in Latin because Latin was the language of the elite and astute. In a very real sense, the Catholic church thought it was a ‘holier’ language.

Tyndale, however, had a pastoral heart. He thought the Bible ought to be accessible and readable for everyone, not just the priests, scholars, etc. Not only that, his burning desire was to have an unadulterated English translation based on the original Greek and Hebrew languages.

So Tyndale learned Greek. Then he learned Hebrew. Then he began translating. By the 1520’s and 30’s, the English people had a Bible they could read in a vernacular they could understand. It was a game-changing moment.

The church and the government, however, did not approve. They burned his Bibles in public, arrested and charged anyone who was found with one in their possession, and they hunted him down like a dog.

After being bribed, a friend of Tyndale’s betrayed his confidence and led the authorities right to him. Tyndale was arrested and put in chains. He was condemned as a heretic, strangled, and his body burnt at the stake despite having the opportunity to recant. His desire for England to have a Bible burned too strong.

Tyndale’s influence on our present reality is undeniable. All scholars agree that the English language wouldn’t have developed as it did without him. We wouldn’t have Biblical words such as ‘scapegoat’, ‘Passover’, and ‘mercy seat’. In fact, the KJV of the Bible is still estimated to be 90% Tyndale’s translation. This remarkable work was all born from one man’s desire that you and I could have a Bible we could read and understand. And it cost him his life.

When I consider that he was killed because he so desperately wanted me to have the Bible in my own language, I realize that I’ve forgotten my privilege. I take for granted his sacrifice along with many others’.

Tyndale’s desire has fanned a new flame inside of me. I hope it might in you in as well.

Certainly you cannot manufacture desire. But you can read in a posture of thankfulness. You can thank God for your physical Bible in prayer. You can prioritize time in the Word knowing that Tyndale valued it more than his life. 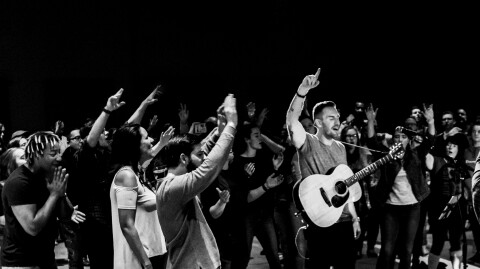 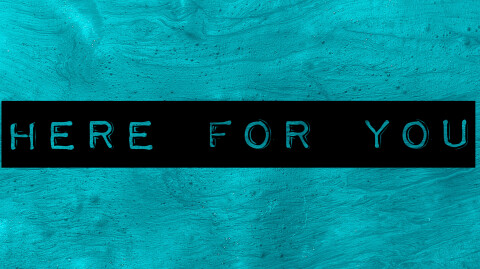